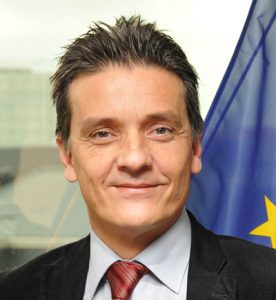 Jean-Michel Sers (m) is Head of European Affairs at CIRAD since 2014. He graduated in International and European law and business administration. He first worked as project officer at the European Commission on issues of energy technology promotion and programs coordination and implementation (1995-2000). He was then policy officer in charge of research and innovation cooperation between EU and South Asian countries at the European Commission, DirectorateGeneral for Research and Innovation (2009-2013). His tasks included conduct and development of research and innovation policy dialogue with majors’ Asian country partners of EU, including the preparation of policy and position papers. During the period 2000-2009, he worked successively in two major French public research organizations implementing energy and agriculture projects.

We use cookies on our website to give you the most relevant experience by remembering your preferences and repeat visits. By clicking “ACCEPT ALL”, you consent to the use of ALL the cookies. However, you may visit "Cookie Settings" to provide a controlled consent.
Cookie SettingsREJECT ALLACCEPT ALL
Manage consent